I know more than three people have read my book, so I'm just a little sad that only three people chose to review it. I need your help to get my book out in front of other enthusiastic readers like you! You gave my book a chance, a self-published piece by an unknown author. And most of you enjoyed it, some thought it was ok, and a few thought it was not their cup of tea. And that's awesome!! Good or bad, other potential readers need to hear your thoughts to help them decide to also take a chance on Circles.

So I am working hard in between two other projects to provide my readers with an incentive to review! Below is an excerpt of content EXCLUSIVE to reviewers. Once its complete, anyone who has reviewed Circles and posted a link to it here or on the Circles Google+ page, or tweeted about it using hashtag #CirclesNovel will receive a short story that may or may not be a part of an accompanying novel to the world of Solus and Caisey! I hope everyone will take me up on my offer!


Solus felt as if he were dragged through fire, ice and steel arrows. He imagined his skin flayed from his bones and then those very bones shattered into a million pieces. The pain was beyond enduring as he watched his own body disintegrate until the only thing left was a translucent cloud – vaguely human-shaped – floating above an empty floor. He waited for even this ethereal form to be stripped from him, too.


But then a new body began to form around his clouded shape. It solidified into a torso, arms, and legs, but bent in strange angles, almost like an animal, with a wide chest and tapered waist, long arms that ended with long fingers topped with claws, and knees that bent the wrong way. His face burned with an intense pain. He felt heavy eyelids forming, covering his sight. He felt his teeth bursting from his gums and when he tried to close his mouth, he felt what must be his lips being ripped by knives. The same burning sensation moved to his back. His newly-formed skin ripped away as something exploded out from near his upper spine.


He felt his bones forming, reforming, as if his body were trying out a form then, rejecting it, scrambled what it had done and started over. Solus thought he was screaming, but he heard no sound come from his throat. Rather, he felt a vibrating sensation that started low and began to gain momentum. When his ears finally stopped burning, he realized the vibration was an unearthly howl. Unable to handle the pain any longer, he dropped to the ground, feeling the weight of his new form.

Media Use Survey Shows How Mobile Children Have Become

I read the results of an interesting survey done by Common Sense Media about media use in children up to age 8.  As the mother of an 8-year-old, I wanted to know how digital media access was changing for him. I wrote about the findings here and you can download the full results from Common Sense Media's site.

What I found is that my son has more access to mobile media now than he did two years ago. I also found that he spends less than the average child using mobile media and he spends less time watching television programming. But thanks to Minecraft, he spends more time on the computer and less time overall using educational apps. Ugh.

But muddled in all the numbers, there was another interesting tidbit. Despite an increase in access to tablet devices and smartphones, reading using an electronic device is still not as common an activity as, say, playing a game. Apparently, kids would still rather read a book in print, according to this study. Only 4% of the 60% who read or are read to every day do so on a mobile device.

eReaders are great, and it makes vacation reading a heck of a lot more portable. But it seems even kids know that nothing beats a book in print. On average, children were reading (or read to) about a half hour each day. But that was only 60% of the children surveyed. Forty percent read less than that, if at all. I cannot stress enough how important it is to read to your child. It not only provides an early boost to language development and reading skills, but it also gives parents a unique opportunity to bond with your child: books are a doorway into your world. What you read and how you read imparts how you see the world around you and when your child gets older, will choose books (or not) and see the world in a similar way.

In our increasingly mobile world, portable entertainment is what kids are after and education advocates are trying to keep up with "apps for that." I'm sure we'll be seeing a lot more educational style games from places like Jumpstart and PBS Kids. In another two years, when more kids have access to mobile devices, there will be more "good" fun games to keep little ones occupied. But I hope these devices do not overtake the need to read!
Posted by Jae Holt at 1:52 PM No comments: 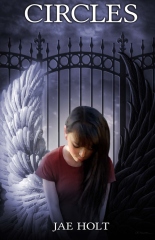